When one of the world’s largest customer management services business outsourcing firms opened its 18th site in the Philippines (Philippine Economic Zone Authority-accredited MJ Corporate Plaza along Chino Roces Avenue Extension in Makati City), California-based Alorica brought the total number of its seats here to almost 29,000 thus, cementing the role of the Philippines as a key hub in Asia.

But while Makati City has consistently figured as a top office location for companies like Alorica, Borja said the company have already moved in to several emerging locations. “In August, Alorica has inaugurated EGS Ilocos Norte Main, a four-story building that is one of the first and biggest IT-BPO companies in Laoag City, 485km north of Manila.”

Boutique developer ArthaLand is also starting to make its presence felt in the provinces.

He explained Laoag was not only cited as having the “Best in Infrastructure” but was also included on the list of so-called 10 “new emerging” cities recognized for their potential to become the “next wave” cities by the Department of Science and Technology-Information and Communications Technology Office, Information Technology and Business Process Association of the Philippines, and LPC.

These cities, according to the selection group, follow those previously named as the next hubs—so-called Next Wave Cities—for the IT-business process management sector namely: Baguio (Benguet); Cagayan De Oro (Misamis Oriental); Dagupan (Pangasinan); Dasmarinas (Cavite); Dumaguete (Negros Oriental); Lipa (Batangas); Malolos (Bulacan); Naga (Camarines Sur); Sta. Rosa (Laguna); and (although not yet a city) the municipality of Taytay in Rizal.

These locations were identified based on the 2015 assessment guided by the Next Wave Cities scorecard, which includes the criteria: talent, infrastructure, cost, and business environment. All these are factored in to evaluate a city’s ability to enable and support the entry and growth of IT-BPM companies.

In an earlier interview, LPC CEO David Leechiu explained that the economic turmoil in Western countries and China has spelled greater need to move business operations here in the Philippines where there is a large pool of talent and where it is cost-efficient adding that the IT-BPM industry will see sustained growth in the coming years and that’s why industry players must now move to the provinces where there’s great potential.

A few years ago, Davao City and Iloilo City attained the status of “Centers of Excellence” for IT-BPM operations thus,

No wonder property giant Megaworld is aggressively expanding its integrated urban township development across the Philippines spending P180 billion in the process.

Explained Jericho Go, SVP of Megaworld: “There is a huge potential of growth in the provinces. As the economy soars, the development also spreads outside the National Capital Region, particularly the regional centers. That’s why we are there, we want to equalize opportunities nationwide.”

Go said the developments of these townships would soon change the mindset of those in the provinces who thought opportunities only exist in Metro Manila. “By creating townships that eventually become new centers of growth in the provinces, we encourage ‘reverse migration’ or the return of a person to his or her province to work, and still get the same benefits and opportunities as he or she would have in the capital city.”

Another notable player in the Visayas and Mindanao region is ArthaLand that will spend P8 billion for the development of an office project in Cebu.

The project, to be named Cebu Exchange, is a 38-storey office building that will be built on an 8,440-square-meter lot along Salinas Drive within Cebu IT Park in Lahug Village, Cebu City. It will have a total of 316 office units offering 83,100 sq m of office space.

The project will be developed through a 60-40 joint-venture with Hong Kong-based ARCH Capital Management, with ArthaLand holding the controlling 60 percent stake. Completion of the first phase is slated in 2020 and the second phase in 2022. 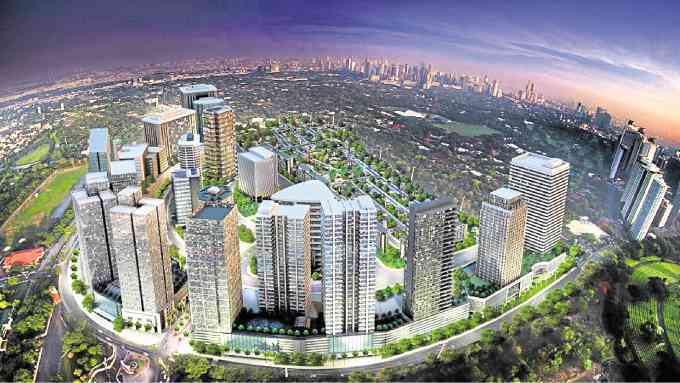 Megaworld believes there’s a huge growth potential in the provinces as the economy soars.

For Net Group, a company that established a firm foothold in Bonifacio Global City—with highly successful projects like Net Lima, Net Plaza, Net Quad, Net Cube, Net Square and Net One Center—to look some place else would be almost unimaginable.

Net Group EVP Ramon Rufino explained that locations like BGC was built from the ground up to provide a healthier work environment for employees and increasing savings and cost-efficiency.

“The whole city was designed to offer the highest level of comfort that fosters creativity as well as a better quality of day-to-day life. No wonder our projects here are very attractive to multinational companies, which are increasingly looking for spaces that will reflect their own sustainability commitments.”

Its latest undertaking, Net Park is the second tower to rise in the Net Metropolis, 5th Avenue, a development designed by Chad Oppenheim, a Miami-based architect who specializes in green architecture.

As the seventh in the company’s series of intelligent office buildings owned by the Net Group, Net Park offers a unique workplace lifestyle and aesthetics.

However, Rufino said the company is also exploring opportunities outside of BGC especially now that vacancies of office space in this part of Taguig City remained low due to sustained demand from outsourcing firms which tempers the significant amount of additional office space being completed in the area. Even the price of land is becoming a challenge—land values at BGC was reported to increase by 3.6 percent in the second half of the year to P460,865 per square meter.