PHUKET: The MontAzure development in Kamala has led the charge for Phuket developers at this year’s Thailand Property Awards, held last Friday (Sept 15) in Bangkok, by claiming the prestigious award for Best Mixed Use Development as well as the Special Recognition in Sustainable Development award. MontAzure was also highly commended in the Best Universal Design Development category.

Setthaphol Boottho, Executive Director at MontAzure, said, “It’s very satisfying that independent professional industry judges recognised MontAzure for the second year running as one of Thailand's most outstanding developments. Our goal has always been to set a new benchmark for mixed-use residential resorts in Asia, and with the right brands and partners on board we are certainly achieving this.”

Each of MontAzure’s world-class components offers its own distinctive lifestyle and investment appeal, noted a release issued by MontAzure today (Sept 19).

Meanwhile, the beachfront condominiums at Twinpalms Residences MontAzure are on schedule for completion next year.

These will be followed by the launch of the InterContinental Phuket Resort, which broke ground last month.

“MontAzure attracts a wide range of sophisticated investors and lifestyle aficionados from around the world and we are privileged to have some of the region's the best master planners, Architects and interior designers working on different parts of the development. The awards are a recognition of the ongoing efforts of the entire team, without whom we would not be able to succeed and grow,” added Mr. Boottho.

Other Phuket winners at the awards include The Pavilions Phuket Residences by LS Pavilions, which won the Best Housing Development (Phuket) accolade, with Utopia Naiharn by International Property Advisory Co Ltd gaining Highly Commended status in the category

X2 Vibe Phuket Bangtao by Millstone Co Ltd won top honours in the Best Condo Development (Phuket) category, with The Pavilions Phuket Residences by LS Pavilions and Twinpalms Residences MontAzure by MontAzure, as mentioned above, both being noted as Highly Commended.

In the national categories, Ananda Development won Best Developer, winning the top prize for the first time in the 12-year history of the Thailand Property Awards, the country’s biggest and longest-running real estate awards.

Ananda Development also collected two other accolades in luxury condo development and design for its Ashton Residence 41 project in Bangkok.

“With passion and determination to improve living standards in Thailand, Ananda Development has made strides with its ‘UrbanTech’ agenda for its residential and commercial projects, leading the path for Thai developers to push for smarter and more sustainable developments,” said the independent judging panel led by incumbent chairwoman Suphin Mechuchep, managing director of JLL Thailand.

Meanwhile, Sansiri’s introduction of co-living innovations to its condominium projects has paid off, as the company walked away with four golden trophies – the most for any shortlisted developer – including one for Best High-Rise High End Condo Development (Bangkok).

Sansiri also received a Special Recognition in Corporate Social Responsibility – sharing the CSR accolade with two-time winners The Riviera Group and Sena Development – for its commitment to environment, sustainability, and youth development and empowerment.

A total of 39 awards and over 60 highly commended distinctions were presented to more than 100 finalists, demonstrating the continued growth of the country’s biggest real estate awards competition. More than 40 companies were recognised for their developments located in Bangkok, Phuket, Samui, Hua Hin, Khao Yai and the Eastern Seaboard.

“It is incredible that after 12 years the Thailand Property Awards should still be breaking records and yet here we are with a very strong line-up of finalists,” said Terry Blackburn, founder and managing director of the PropertyGuru Asia Property Awards, during his opening remarks.

The black-tie gala dinner and awarding ceremony took place at Plaza Athénée Bangkok (a Royal Meridien hotel) last Friday (Sept 15), attended by more than 500 guests and VIPs, including Supaluck Umpujh, chairwoman of The Mall Group, and the visionary behind such iconic shopping centres including The Siam Paragon, The Emporium, and The EmQuartier.

Ms. Supaluck was named the 2017 Real Estate Personality of the Year by the editors of PropertyGuru Property Report magazine for her trailblazing and lasting contributions to the country’s retail and lifestyle real estate segment. 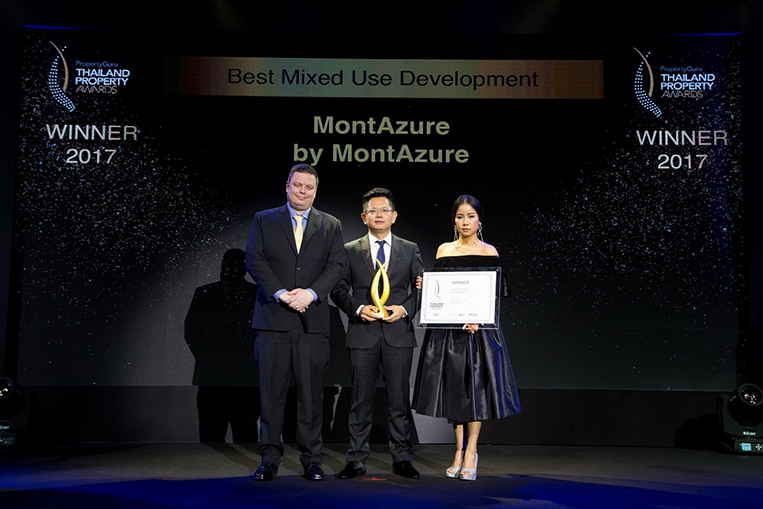 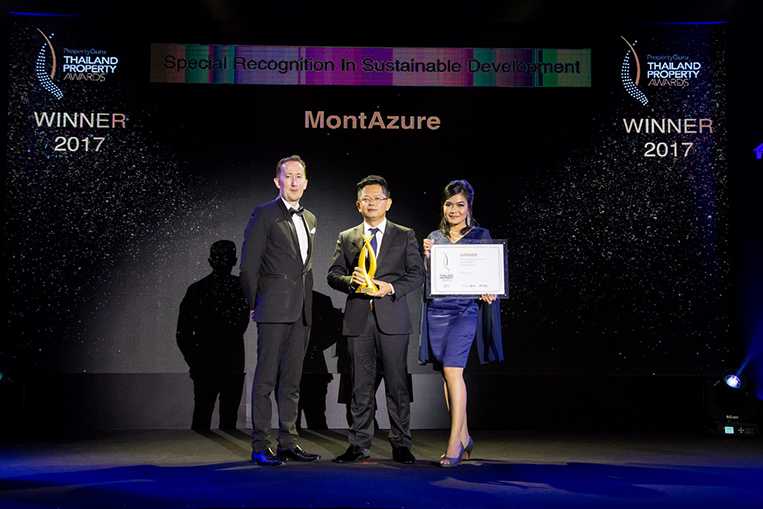 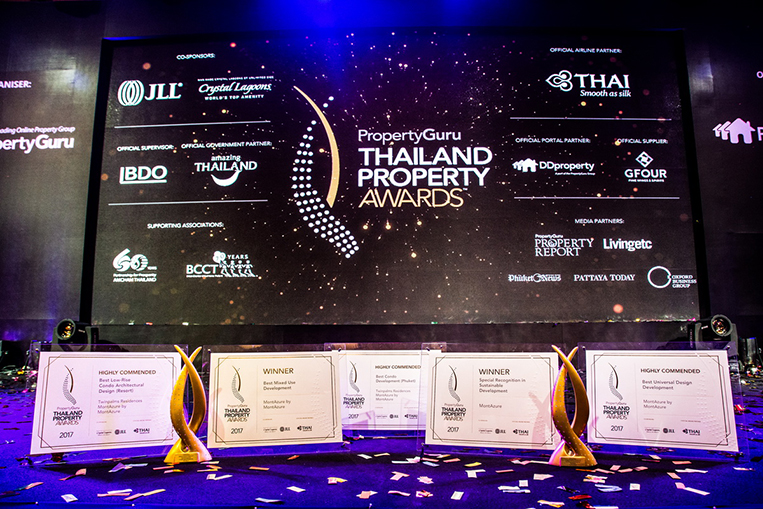